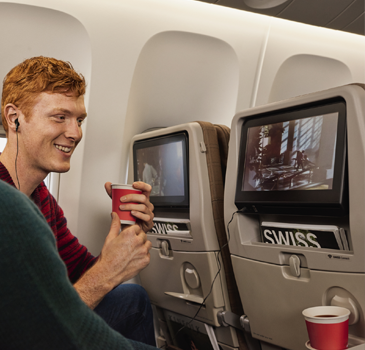 SWISS further expanded its inflight film programme at the beginning of this month. In collaboration with the filmo online Swiss film catalogue, the airline now also offers six selected works that are of particular significance in the history of Swiss film. SWISS aims to promote awareness of and familiarity with Switzerland’s film heritage through the partnership, while also increasing its existing range of Swiss-themed inflight entertainment under the “Made in Switzerland” banner.

To kick off its new filmo partnership, SWISS is offering the following six films: San Gottardo (1977); Les petits fugues (1979); Reise der Hoffnung (1990); War Photographer (2001); Das Fräulein (2006), and Home (2008). The films will be available for a six-month period after which they will be succeeded by a new partnership selection.