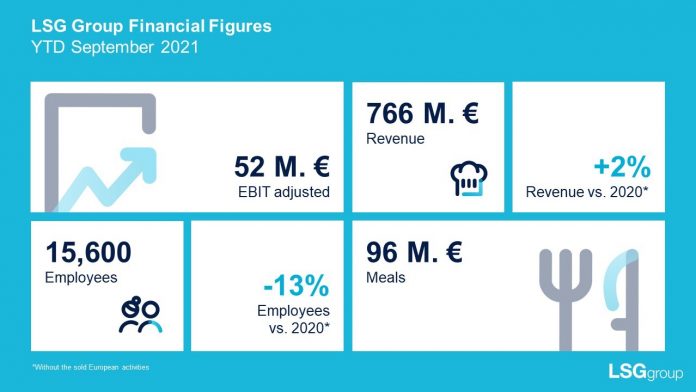 LSG Group has seen recovery in the third quarter of 2021 compared to 2020, with signs of a significant recovery during the summer months.

The company’s revenue increased by 88 per cent in July, August and September compared to the same period last year. Although the figure for the calendar year to date is 766 million euros (previous year: 1,060 million euros), this represents a drop of 28%. Excluding the European business, which has since been sold, the LSG Group’s revenue has increased by 2% in the first nine months.

“We have significantly reduced our operating expenses with cost reductions in all areas,” said Dr. Kristin Neumann, CFO of the LSG Group, referring to CARES Act grants in the U.S., which are tied to the continued employment of staff and were used for wage and salary payments.

“In the North American airline-catering market, we are seeing business pick up again and additional orders are reaching us in the convenience-retail sector. The Asia/Pacific region is still suffering badly from the corona crisis. Nevertheless, I am optimistic that we will soon see a global upward trend as soon as travel restrictions are further eased. I believe our company is well-positioned for this.”