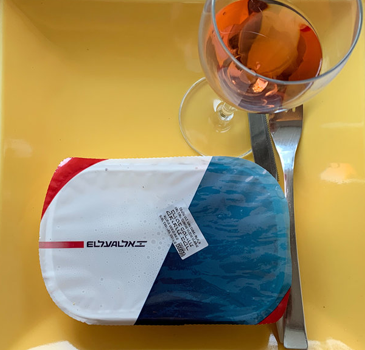 Tamam Kitchen, which services Israel’s El Al airline, Turkish Airlines and other international carriers flying out of Tel Aviv, is offering its in-flight meals to the general public as a way to keep busy during COVID-19.

The meals are priced from just $3 a tray and are being promoted through a fun video ad on Facebook which features food trays gliding through the sky and the slogan: “Fly to order!” in Hebrew.

Local media reported the initiative, and Israeli spoon-bending illusionist Uri Geller filmed a video message online for his fans while unpacking his vegetarian and vegan trays, encouraging them to help support the company.

Tray sets on offer include fish cutlets in tomato sauce and couscous, sweet potato ravioli with green beans and black lentils, beef cutlets in mushroom sauce with rice topped with black beans, and chicken schnitzel bathed in a curry sauce. Many are in the original EL AL branded packaging.