To attract the best talent, you need the most welcoming of cultures. Julie Baxter explores how employment policies are changing as inflight employees show their new priorities 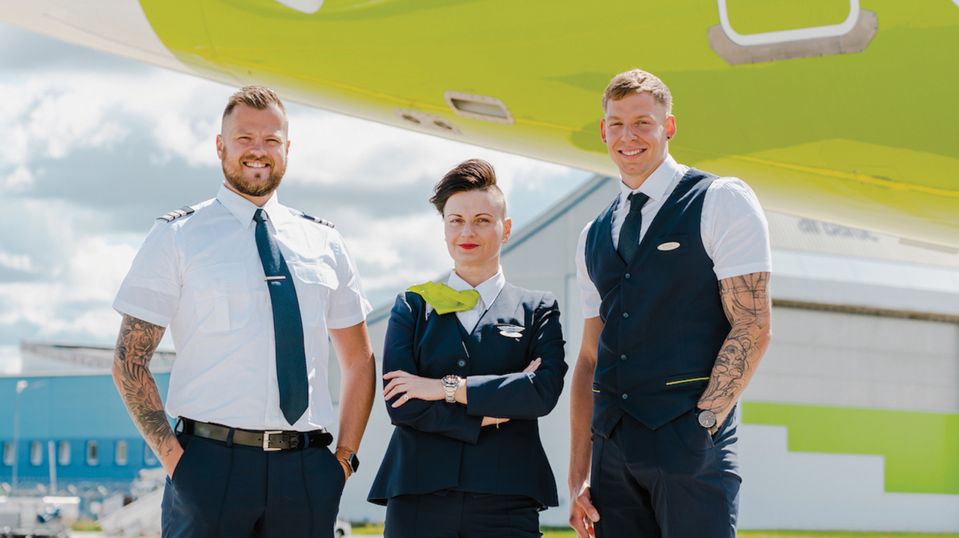 The business case for diversity and inclusivity in the workplace has never been clearer. As the entire travel sector works to recruit post-covid, potential talent needs to know they will be welcomed and accepted – as an individual. Whoever they are, they need to know they will feel they belong.

In many countries legislation now sets minimum standards on effective inclusion and diversity strategies covering age, disability, race, religion, sex and sexual orientation among others. But clear and overt policies are now recognised as an essential aspect of good people management.

It is perhaps a particular sign of the times that airlines – so long focused on uniformity and a branded look are now championing individuality.

Latvian airline airBaltic recently adjusted its uniform regulation, loosening rules for cabin crew to allow most tattoos and piercings to remain visible and no rules around hairstyles.

Alīna Aronberga, SVP Human Resources of airBaltic, says: “Until now we applied the same rule as the majority of airlines – tattoos were permitted only if they could be easily hidden underneath the standard crew uniform. Now we have significantly eased these rules, enabling our staff to demonstrate their own individuality through their tattoos, piercing and hairstyles if they wish, while proudly wearing our stylish uniforms.”

More important than how they look, she says, is a friendly, positive and adventurous personality, although they do request that neck, face and head tattoos, as well as potentially offensive tattoos be covered while performing duties.

Bonza, Australia’s new independent low-cost airline, says it is throwing out the rule book too when it comes to uniform with a ‘wear it your way’ range, featuring white custom sneakers and cotton t-shirts, and a range of ‘mix and match’ options carrying the Bonza logo.

Carly Povey, Chief Commercial Officer at Bonza, says: “Airline uniforms are the land that time forgot and we wanted to change that with our partners at Total Image Group.” There will be no ‘grooming guide’, instead staff will be able to style various looks depending on where they’re travelling to, their mood on the day and their personalities.

“We won’t dictate what lipstick to wear – or whether they have to wear lipstick at all. We won’t ask crew to cover up tattoos, and just because they’re female, doesn’t mean they have to wear a skirt. If they’re non-binary, pregnant, work in the office or onboard, we have options for all.”

Virgin Atlantic (VA) has also been championing individuality. In its See the World Differently campaign, it’s celebrating the uniqueness of its people and customers, and the diversity of the world around us. Chief People Officer, Estelle Hollingsworth says: For us, diversity is about recognising difference. Better decision-making can be achieved when you realise the benefit of having a range of perspectives. Equity bridges the gap between minority and majority groups. If we identify the specific needs of different demographic groups, then everyone starts on a more even playing field. And inclusion creates an environment where people feel they belong without needing to conform, and that their contribution matters.”

In short, VA HR policies focus around encouraging staff to ‘be youself’ which was something echoed by WestJet when it recently launched a new uniform. collection created to reflect its acceptance and inclusivity of all body types and gender identities.

In 2017, WestJet was the first Canadian airline to update uniform guidelines so they would be ‘unchained from gender norms’, and the new ‘genderless’ collection builds on this, providing the opportunity for staff to select the uniform that is most authentic and comfortable to them. Redesigned name tags also now feature a new space for pronouns.

Inflight suppliers are also increasingly focused on offering the warmest and widest of welcomes too. Executive search and mentoring specialist, Mike Pooley, of The Hayward Partnership, says: “Airlines are leading the way with overt inclusivity policies but increasingly employees across our sector are looking to be their authentic selves at home and in the workplace, and employers need to recognise that change in the jobs market.”

LSG Group managers are among those stepping up on this. All have committed to regular diversity training and new company-wide policies have been developed to support inclusion. Tony Green, Head of Human Resources EMMA region, says: “Most importantly, policy needs to be lived. We need leaders to lead by example. And we want to make ourselves known – to suppliers and customers – for what we stand for: fairness, equality and equity. We are all different, yet together we are successful.”