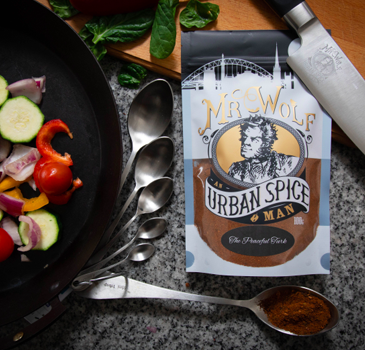 Selected from a total of 26 individual spices, each combination is designed to enrich and enhance the core flavour of meats, poultry, seafood or vegetables.

All the spices are plant-based and are expected to appeal to vegetarians looking to add some zest to otherwise bland dishes.

The seven blends are labelled Urban Spice under the Mr Wolf brand.

The ‘zingy and spicy one’, La Rossa, includes paprika, fennel, oregano, rosemary, garlic, bay, cayenne pepper and coriander, and is said to be an ideal companion to Italian or Spanish-style dishes.