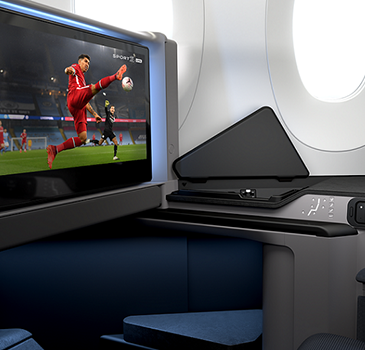 IMG and Panasonic Avionics Corporation (Panasonic) have extended their agreement in a deal that will see the technology partner make Sport 24 – the world’s only live 24/7 sports channel for the inflight industry – available to all airlines worldwide.

Panasonic will exclusively market both Sport 24 and its sister channel Sport 24 Extra to airlines using other connectivity networks for the first time, enabling the service to be shown on any carrier featuring inflight entertainment.

Richard Wise, SVP, content and channels, IMG Media, said: “This latest agreement with Panasonic will bring Sport 24 to millions more passengers across more global airlines in the years ahead. This new deal also conveys the confidence both parties have in the recovery of the airline industry after the pandemic, especially now that vaccines are being rolled out around the world.”

Ken Sain, chief executive officer of Panasonic Avionics Corporation, said: “Our long-standing relationship with IMG enables us to broadcast live sports coverage to passengers all over the world. Watching sport live in-flight creates unforgettable moments for passengers and we’re delighted to be able to exclusively provide this service to airlines, no matter which connectivity network they are using.”

IMG, which owns and operates Sport 24, launched the service in February 2012. Both Sport 24 and Sport 24 Extra are produced from IMG’s production HQ at Stockley Park, near London’s Heathrow Airport.