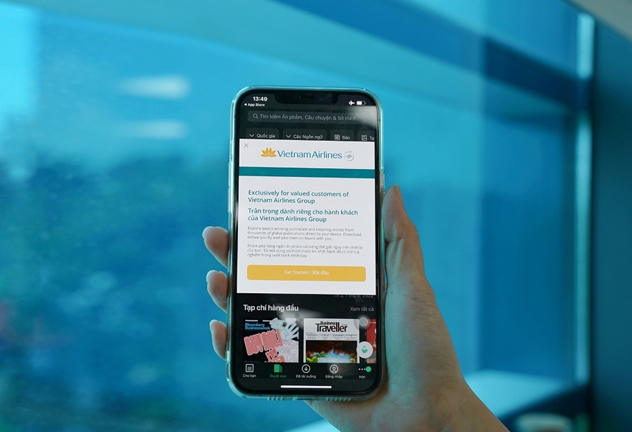 Vietnam Airlines has confirmed a new partnership with PressReader to provide passengers with access to its online news-stand.

Said to be the world’s largest all-you-can-read digital newspaper and magazine platform, PressReader will be integrated into the Vietnam Airlines app and made available for passengers to access 24 hours prior to their scheduled flight and 24 hours after landing.

After entering their flight information, passengers will gain access to the airline’s in-flight magazine, Heritage, as well as thousands of other titles from more than 120 countries in over 70 languages.

PressReader has also now added local Vietnamese content and updated the user interface on both its web and apps to include Vietnamese as one of the supported languages.

Trinh Hong Quang, Executive Vice President of Vietnam Airlines, said: “Launching the PressReader service is our new advance in digitising services and enhancing the flight experience for passengers. Moreover, this will help Vietnam Airlines reduce paper use and transport load of the aircraft, thereby contributing to saving resources and environmental protection.”

Wising up to waste