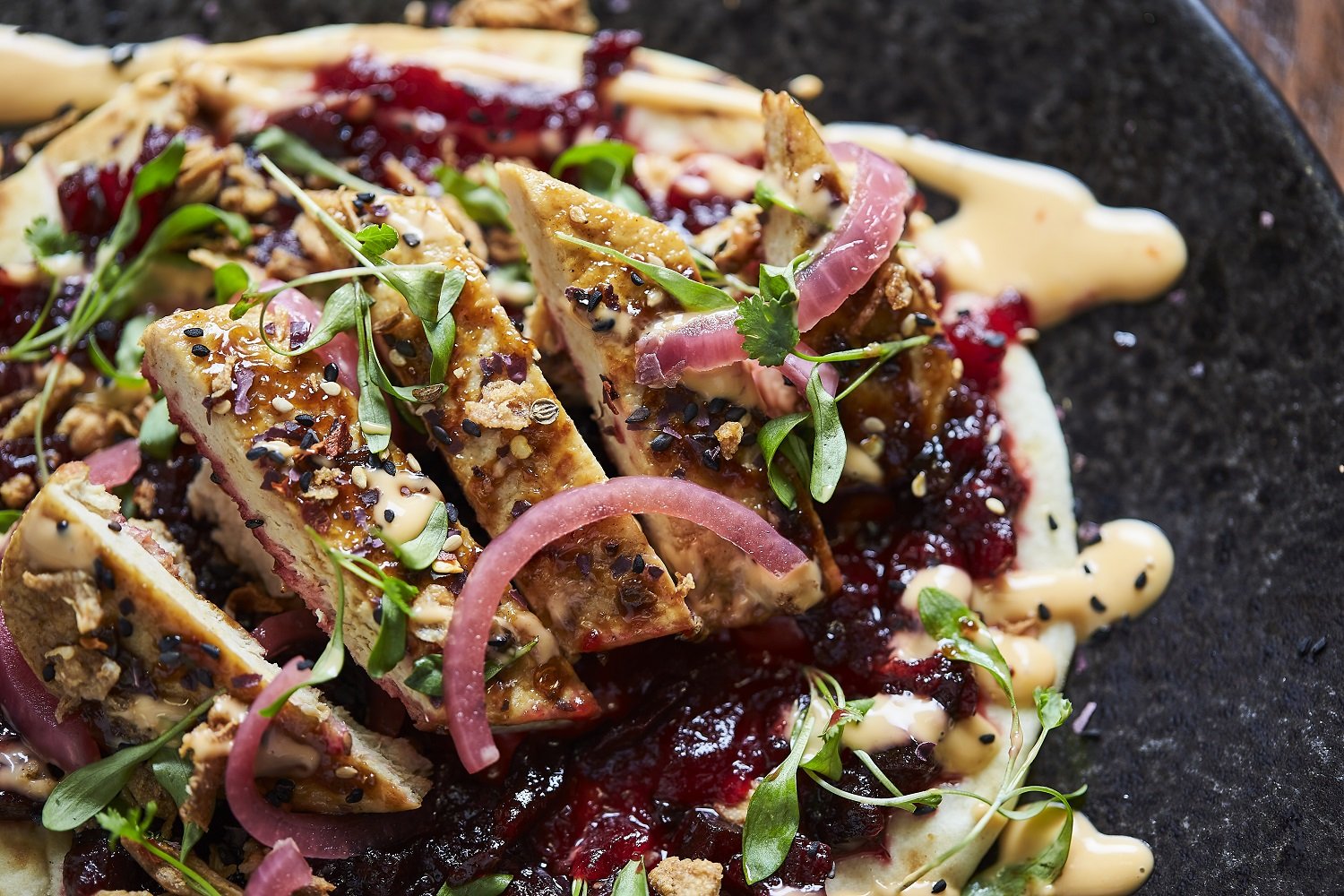 Vegan, vegetarian, flexitarian – there’s a whole host of dining identities bursting out of the dictionary these days but they all point to just one thing: plant-based diets are on the rise.

In a year where the fragility of our world has been exposed, consumers are becoming increasingly aware of veganism and its benefits for human health and the planet. The United Nations estimates that meat and dairy production accounts for 14.5% of all man-made greenhouse gas emissions, with others claiming a vegetarian diet results in two-and-a-half times less carbon emissions than a meat diet.

Claire Roper, head of marketing & innovation foodservices at UK meat-alternative producer Quorn, reports that 58% of the UK population is actively looking to reduce the amount of meat in their diet. “Interest in plant-based menus shows no sign of slowing,” she says. “Sustainability alongside health is driving the desire to be meat free with 69% of consumers saying they are trying to lead an environmentally-friendly lifestyle.”

Veganism is on the rise in the U.S. too. A 2019 study by Ipsos Retail Performance found that almost 10m Americans had moved to a vegan diet – up 3000% in 15 years. A 2018 Gallup poll estimated that a further 16m (or, five per cent of the U.S. population) identify as vegetarians.

For some, avoiding animal products is a religious choice, too. In India, only around 32% of the population regularly eat meat, whilst Peru, Malaysia and Chile have the highest proportion of flexitarians in the world, at 27%, 25% and 22% of the population respectively (Ipsos MORI, 2018). Once a ‘special meal’ meat-free menus are increasingly mainstream. Marc Warde, at Libero, says: “Having delicious plant-based, vegan food isn’t solely for vegans. Many people are choosing a plant based diet for sustainability reasons too and creating tasty vegan food onboard is entirely possible for any passenger to choose.”

Both airlines and caterers have caught on to this shift. “We have definitely identified an increasing demand for plant-based meals among our airline customers,” says Anita Visvanath, category manager – food & beverage (onboard retail) at Retail inMotion. “These are in line with the trends of sustainable living and conscious eating. There is a marked uptake in the demand for both plant-based meals and products with an overall sustainable approach encompassing sourcing, packaging and ingredients too.”

LSG Group has noted it too. Sunbul Dubuni, director customer insight, says: “We have seen plant-based ingredients gaining popularity over the past few years and they now tend to be the ‘main star’ of a dish. Whether because of health, environmental or animal welfare reasons, more consumers are looking into vegetarian, vegan or plant-based food options. As a result, airlines are increasingly seeking solutions which include choices that meet theses demands.”

James Griffith, vice president culinary, at Emirates Kitchen Flight Catering (EKFC), says: “Plant-based, and vegan in general, is definitely on trend and Emirates now offers vegan choices within its onboard mens, not just as a special meal. We’ve supported Veganuary promotions and our lounges also offer vegan choices too.”

The rise in demand for meat-alternatives has served as a catalyst for innovation. Plant-based food producers have been manipulating a multitude of ingredients including wheat, soya protein, pea protein, mushrooms and other creative combinations of vegetables to create convincing alternatives to meat.

Quorn products, for example, are made with mycoprotein, a naturally occurring fermented fungus (fusarium venenatum). “The texture of Quorn closely resembles that of meat ensuring a familiar experiences for passengers. We grow and harvest mycoprotein using a process that is better for the environment as it uses less water, produces fewer greenhouse gases and takes up less land,” says Roper.

“It is nutritious and sustainable like no other protein. It’s also extremely versatile, takes on flavour and can be used as both the finished product or an ingredient chefs can work with.”

Unilever has also developed a number of new plant-based products including a soy-based Raw NoBeef Burger and Crispy NoChicken Burger, part of The Vegetarian Butcher brand.

“Chefs know that times are changing and while many people still enjoy meat they are also a lot more conscious of their eating habits and aware of their impact on the planet, a trend only accelerated by COVID,” says Fikerte Woldegiorgis, foods marketing director for Unilever UK & Ireland. “Our launches have been purposefully created for hospitality and foodservice alongside the rest of The Vegetarian Butcher’s line-up and aim to make it easier for chefs to switch to plant-based without sacrificing quality, taste or profit.

“To help them grow their meat-free offering with confidence, we also offer recipe and menu support showing them how to replicate their best-selling dishes with meat-free alternatives that taste and look just as good as the ‘real thing’.”

It’s all an illusion

LSG Group has also been innovating with ingredients. “Our job as chefs is to create menus that adapt to trends but also excite our customers’ passengers,” says Sebastian Schäfer, manager global  culinary excellence. “Ongoing research into protein alternatives shows people are still searching for solutions be it through pulses, insects or even jellyfish. There is a worldwide interest in a healthier, more sustainable approach to food. Hopefully, we will find a good variety of answers, where one of them is veganism.”

The group has developed is a vegan egg yolk made entirely from carrots, seasoning and spices. Using spherification, it turns the ingredients into something that looks and acts just like an egg yolk – when you crack it open, it oozes like a soft poached egg. The taste is quite different from that expected which makes the dining experience something really quite special,” adds Schäfer.

Whilst veganism isn’t a new concept, quality plant-based meat alternatives have only really become readily available in recent years. Many vegans/vegetarians  opt for a more ‘natural’ diet, simply omitting meat and opting for naturally occurring ingredients like pulses and legumes.

Visvanath thinks preference depends on the customer profile. “Meat-eaters seeking alternatives favour plant-based products as the like the taste and texture of meat but want to be more sustainable while naturally vegan ingredients are favoured by those less interested in meat substitutes. We believe both types of vegan meals have an audience. We live in a world of extensive choice and that trend impacts the food and beverage sector too. Products need broad appeal.”

Dubuni echoes this, saying: “We are following both paths to develop and deliver a variety of options. We draw on the wide knowledge of regional cuisines through our global Center of Excellence Culinary team. Many traditionally include vegan and plant-based meals.

”Passengers are a very heterogeneous group with diverse needs and expectations,” concludes Dubuni. “The bigger takeaway is that increasingly, passengers are interested in what they eat, where it comes from and its impact on health and the environment. It is crucial that we provide options to suit every passenger.”

Cooking up a recovery