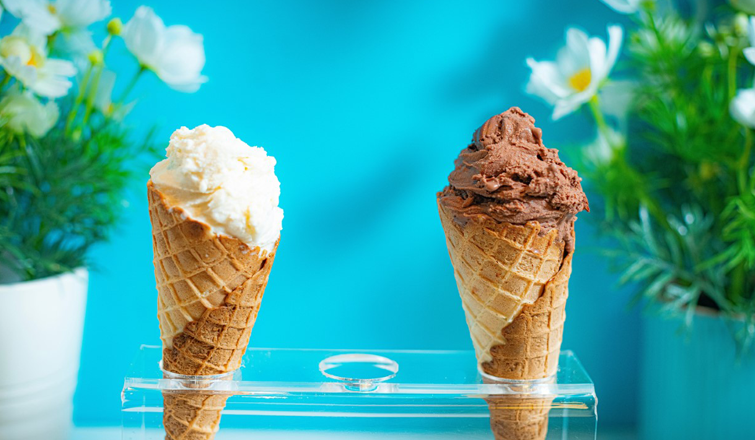 Within the sector, the focus on the textural qualities of plant-based ice cream is increasing; vegan ice creams with a chunky texture such as nuts, cookie pieces, toffee pieces and cookie dough chunks have surged from 2% to 13% of launches over the last four years (2016/17-2019/20)**. Adapting to this trend is likely to appeal to the 73% of UK ice cream consumers who said that they like ice cream with different textures (eg. crunchy, hard).

Chocolate (accounting for 26% of innovation over the last 12 months), vanilla (11%) and coconut (9%) still remain the most popular in terms of plant-based flavour innovation.This comes as 12% of UK adults agree that the coronavirus outbreak has made a vegan diet more appealing, almost doubling among under-25s (23%).

Kate Vlietstra, Mintel Global Food & Drink Analyst, said: “The recent buzz around veganism has made its mark on the ice cream category. Interest in vegan ice cream isn’t restricted to those following a vegan diet. Learning from their dairy counterparts, plant-based ice creams are moving beyond the basic flavours to offer indulgent options. Texture is playing a prominent part in vegan new product development (NPD) with chunkier varieties on offer. Brands are demonstrating that vegan offerings can be premium with an array of luxury flavour combinations and packaging.

“The makeup of plant-based ice cream will evolve, incorporating new ingredients from the world of plant milk such as quinoa and other seeds. Oats are expected to feature in more dairy-free ice creams, following on from the popularity of oats in plant-based drinks.”

Chief among ice cream innovators are product developers in Japan. From matcha to mayonnaise and seaweed to soybean, according to the survey, now the destination commanding the highest share of ice cream launches.

In 2015/16 Japan accounted for 7% of launches globally, but it is now responsible for a cool one in ten (10%) product launches, overtaking the US to become the world leader in ice cream innovation. Meanwhile, the US now accounts for 9% of new products launched, slipping back from its number one position.