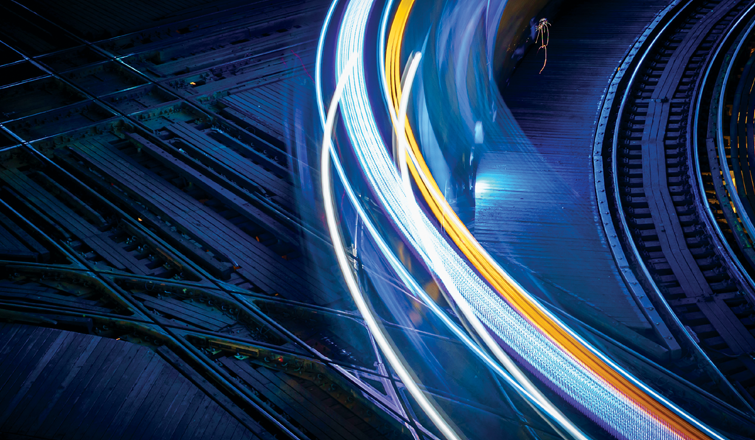 Rail catering in a COVID-19 world

Roger Williams examines the effects of COVID-19 on railways and rail caterers and asks what will the future hold for both?

While the Earth is still actually spinning, the human world is at a virtual standstill, having a profound effect on every type of travel.

With global transportation primarily reserved for those wonderfully dedicated “essential workers” and those being repatriated home from abroad, the travel industry as we know it has effectively ground to a halt.

Seismic shifts
According to government figures, there has been a sustained daily reduction in UK traveller volumes across all modes since February, which has now plateaued at the lowest levels since modern transport began.

This reflects a similar trend across Europe, North America, Asia, South America and most recently Africa. Asia’s reductions started before the rest of the world so they should be the first to recover – a trend that is now visible in China.The figures show a 65% reduction in use of motor vehicles, bus use down by 82% and an amazing drop of 94% in the use of rail. Suddenly, the foundation upon which all rail caterers have built their hospitality and catering businesses has literally disappeared overnight.

Social distancing
With blanket closure in many countries of high street bars, cafes, restaurants and pubs to restrict the spread of the virus, there was immediate pressure on rail companies to close down most catering operations. Onboard those trains that were still operating, it was a sensible precaution to protect staff and customers – and though some station takeaway only outlets remained open, many closed under the same guidance. Lounge services have similarly been withdrawn.

With the absence of millions of passengers and few trains, rail caterers had no choice but to take difficult decisions to mothball operations, maintaining at best a skeleton staff to assist train operators with the supply of bottled water and hand cleanser.

Based on the latest feedback from member companies of IRCG (International Rail Catering Group) we estimate that, in Europe alone, over 15,000 train catering and logistics staff have already been placed on furlough, paid / unpaid leave or laid off completely depending on the situation in their own country.

Country by country
Germany’s early closure of its borders with Austria, France, Switzerland and Denmark, effectively meant all their international cross-border trains to Italy, France, Denmark, Poland, Czech Republic and Hungary had to be cancelled. However, DB’s internal intercity services are still operating and offer some restricted catering.
Slovenia closed its entire rail network and Slovakia has suspended all on-board catering, while the Czech Republic’s train operators dramatically reduced services requiring caterer JLV to completely close their on-board catering operations. Hardest hit Italy has reduced its services by 80%, with all catering on both Trenitalia and NTV trains removed until further notice.

Likewise, instructions from SBB in Switzerland saw caterer Elvetino close down catering for the period, although OBB and their caterer Don Travel in Austria still retain some reduced catering services. Meanwhile, all cross-border services between Switzerland and Austria are suspended. Togservice in Norway has removed all catering services from Vy (NSB) trains and has even closed off on-board vending machines operating on regional services for fear of cross-contamination. Finland has removed night trains and, while things are currently more relaxed in Sweden with on-board bistros still open, SJ’s pre-ordering of food has been suspended.

In Spain, Renfe has cut AVE high-speed services by 70% and removed catering. It is also working with train manufacturer Talgo to help adapt trains, installing medical equipment for transporting patients in a serious condition to hospitals with more capacity. While Spain is just preparing these mobile high-speed train hospitals, French national railway operator SNCF has already converted two TGV high-speed trains. The first mobile train hospital performed the initial trip on 26 March having delivered over 20 patients from Grand-Est region in north eastern France to Pays-de-la-Loire on the west of the country bringing a new meaning to on-board hospitality

France has cancelled all TGV Lyria services, suspended catering by provider Newrest on intercity trains and closed station lounges. However, Eurostar trains are still operating around 1 in 5 services.

In the UK, Great Western Railway has suspended all Pullman dining, onboard retailing and lounges. And although Avanti West Coast has closed lounges and suspended at-seat services, (at the time of writing) the Avanti Pendolino onboard shops are still offering catering services. First Class customers have to walk through the train to present a ticket and collect their complimentary products, with social distancing markers to ensure correct distancing. Given the narrow confines of the Pendolino, it would seem impossible that social distancing of two metres is sustainable, even with extra precautions, so this may have to change if the virus persists. 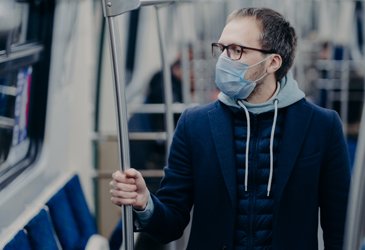 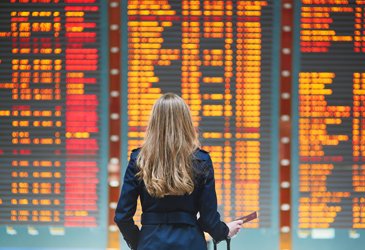 Rail aid
Meanwhile, railway associations across Europe have joined together to write to the EU and UK governments to request state aid for public service operators to safeguard the industry so it can continue to perform its vital functions in support of the health and emergency services.

This aid needs to extend to outsourced on-board caterers too who are not owned by the train operating companies but are totally dedicated to and dependent on the industry. Fortunately there is some evidence that this matter is being addressed, as for many it would not be possible to survive without it.

Empty stations
Additionally, many station-catering operators are suffering with huge numbers of staff without work, never mind the thousands more who work in the non-food retail shops and stalls, all of which may be unsustainable for any length of time, even with the furlough schemes. As a result, the pressure is on railway landlord agencies to consider suspending all rental payments until after the recovery begins, although some agreements are based on revenue turnover of the outlet so that can help.

SSP, one of the biggest station and airport caterers in the world and parent group of train caterer RG, announced in March like-for-like year-on-year fall in revenues of 85% in UK and continental Europe, 80% in North America and 60% in the Rest of the World. Simon Smith, ceo of SSP Group, commented:  “The Covid-19 outbreak is an unprecedented crisis and is having a severely negative impact on the travel sector …”

He added: “HM Treasury (UK Government) support … together with the management action we are taking and the additional funding arrangements announced will put us in a strong position to manage through this crisis and be in the best shape possible to return to growth once the market begins to recover.”

Whilst SSP may be confident they can ride the storm damage, many smaller businesses may not be so fortunate and that is why it is so important to see this time of furlough as a ‘growth time’ – using it to research and develop innovations to support your business regrowth in the future.

Changed for good?
Without doubt, the crisis has transformed the way we think about life, work, innovation and travel. ‘Self-isolation’ and ‘social-distancing’ have led millions to new ways of managing business communications through on-line video conferencing. Kitchen worktops, dining room tables, lounges and even spare bedrooms have become the new company offices and meeting rooms. With or without screaming kids, barking dogs and terrible laptop picture quality, people have seen the beneficial effect on the environment of less pollution and future business policy will seek to retain the benefits from less use of expensive central city offices and reduced travel costs.

As a result, there is a growing belief that there will be a potentially permanent reduction in the demand for business related travel. Why? Because people will be trained to do things differently and, across the world, it will be a challenge for railways and airlines to win back passenger volumes.

Even road associations agree, with the UK’s Automobile Association president Edmund King stating that: “People travelling up and down motorways or by intercity railways just to hold meetings is inefficient, expensive and not good for the environment. I think use of roads and rail and indeed bus will be reduced after this crisis.” He added, “If commuters spend just one day a week working from home after the crisis – or commuting later – the roads will be as empty as they are in the school holidays.”

In some ways that could be music to rail operators’ ears – long have they wanted to see the peak hours travel reduced and spread across the non-profitable off-peak trains. Complaints about over-crowding would reduce, seat availability would rise and operating costs could be managed more effectively. Conversely, if rail transport infrastructure plans are scrapped or scaled down to help plug the inevitable gulf in public finances caused by the government interventions, it would make the future of high-speed rail less certain. The implications are profound.

In the UK, for example, the government currently plans to spend £27bn to curb congestion on roads and £100bn on HS2 – but if demand falls, that may not be needed. Indeed, some suggest new infrastructure funds might be better spent on broadband to support home working. 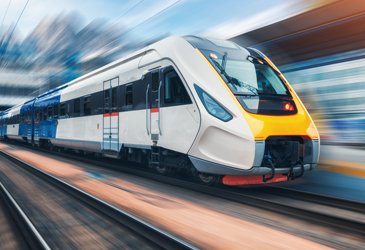 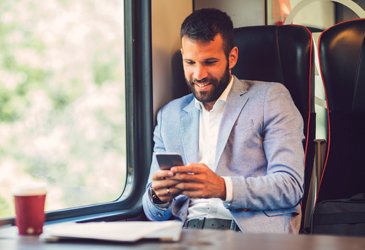 Ready for the future
The key question is “How does all this impact the future provision of catering on railways?” Many companies might be worried, but I believe there is reason for optimism.Train operators will inevitably seek new, quick ways to attract customers to resume travel, enticing them to use their services over their competitors, and to get back to revenue volumes that are sustainable for their business.

The challenge is to be able to ramp up services at speed once the green light is given. This will require rail companies and caterers to have mobilisation plans in place to manage restarts effectively and to have used the down time available now to address ideas for growth – i.e. to have initiatives already worked out to maximise impact of opening.

In particular, this new work-from-home generation, even more technically proficient and digitally dependent in a multitude of ways, will seek the easiest route to market – the one that is fully accessible from their sofa!

They will be expecting joined up solutions for travel that include everything online because that’s what they have got used to. So the down time now should be used to review and research technology, to develop and perfect the right systems that will win new revenues and better margins in the future.

When that green light might come is anyone’s guess, but companies like SSP are seemingly expecting a six-month period of disruption depending on geography. That would take us through to the end of the summer, which sounds a long way off but is not long in terms of project preparation time.

China bounce
In China, as the figures show a number of days without new deaths, that bounce may already be about to happen.
The Wuhan metro is now re-opened with intercity trains stopping at Wuhan Station for the first time since mid-January. Passengers must wear masks whilst travelling and are required to scan health QR codes via a smartphone app when entering stations or leaving trains, helping track movement and aiding contact in the event of a new outbreak.

Onboard, passengers must sit at least two seats apart, with one empty seat in between and with security staff checking compliance. Passenger temperatures are also being checked within Wuhan Station, and Chinese Railways have already installed 200 infrared intelligent monitoring systems at over 180 stations.

Whilst there are still only about 10% of passenger volumes, over 12,000 people returned to Wuhan on the first day of intercity services reopening, having been stuck elsewhere due to the lockdown. Numbers are slowly growing as different regions begin to relax restrictions.

Although they say “if America sneezes the whole world catches a cold”, any return to health of China will have an immediate impact on the world economy and relieve a degree of pressure on manufacturing and sourcing of products.

Let’s hope this ray of sunshine in an otherwise depressed world really is the light at the end of the tunnel. Meanwhile – stay safe and use your time wisely…