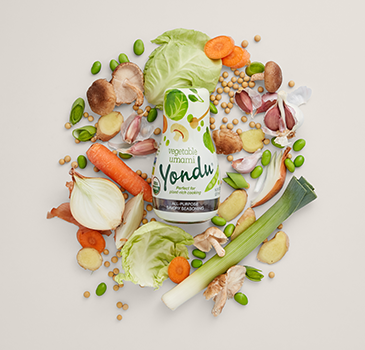 Yondu is a South Korean plant-based seasoning sauce made out of umami rich vegetables.

The 100% plant-based sauce is made from a three-month slow fermentation process of organic, protein-rich soybeans blended with a simmered seven vegetable broth.

Adding Yondu to broths, soups, stir-fries and any other everyday meal, creates a quick and easy way to give a boost of flavour and balance to dishes. Additionally, it’s can serve as a plant-based alternative for bouillon, concentrated stock, or fish sauce and can be added to recipes at any stage of the cooking process.

Yondu has been created by Sempio, a family-run South Korean food company established in 1946. Sempio claims it was the first company in Korea to start developing plant-based fermented specialities, and has stayed true to its founder’s philosophy of only creating food products that he would want his children eating every day.

Vegetable consumption in South Korea is also among the highest in the world and its products have become an essential household brand in Korean cuisine to add flavour and taste to dishes.

The spirit of Africa rolls out worldwide