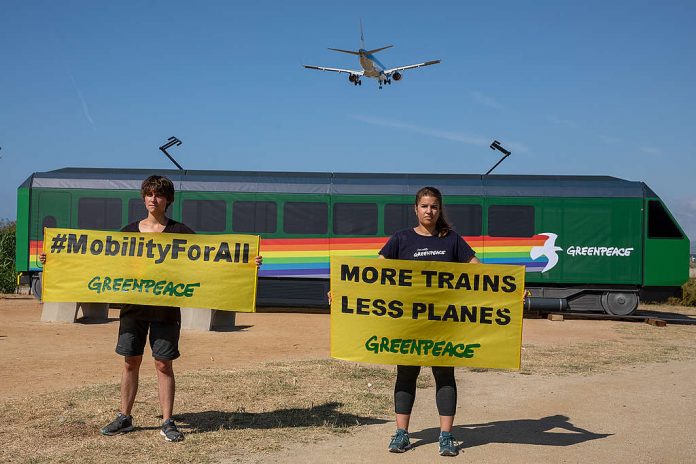 One third of the busiest short-haul flights in Europe have train alternatives under six hours, according to research by OBC Transeuropa (OBCT), commissioned by Greenpeace EU.

According to a survey conducted by the European Investment Bank (EIB), 62% of Europeans support a ban on short-haul flights. In addition, a large majority of people in Germany (63%), France (72%), Poland (73%), Spain (80%) and the Netherlands (65%) want to take more night trains, at reasonable costs.

Greenpeace has been campaigning for the EU to ban short-haul flights where there is a train alternative under six hours and adopt measures to make daytime and night train alternatives across Europe more accessible.

It calculated that just banning the EU’s busiest short-haul flights and shifting to rail wherever a train connection under six hours already exists would save 3.5 million tons of CO2e (CO2 equivalent) per year.

“European policy-makers and countries should ban short-haul flights wherever a viable alternative already exists and invest in rail to create a European transport system that’s good for the planet while also being affordable and accessible to all.”