The aircraft was quite new, and the cabin was light and airy, with smart black leather seating. 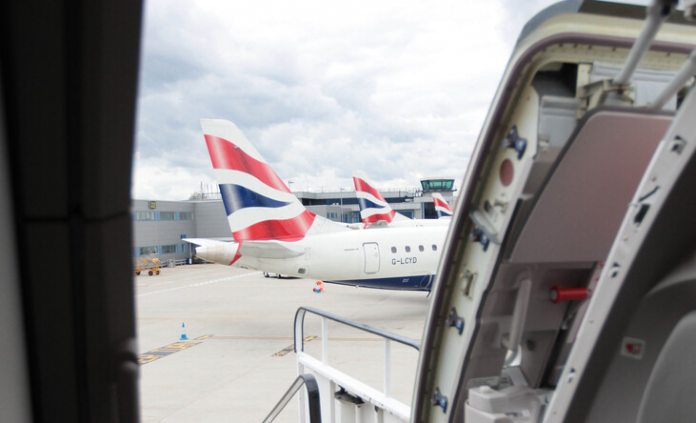 THE FLIGHT: I flew Economy Class in an Airbus A320. The flight took off at 14.40 and landed on time, nearly four hours later.

PRE-BOARDING: The check-in was friendly and chatty, and I dropped my bag off and proceeded through to Departures at Gatwick South Terminal. All the shops were open and I got a sandwich for the flight at Boots and a beer at Wetherspoons. Free newspapers including the Sun and The Times were available on the way to the gate.

THE SEAT: I was in an aisle seat halfway down the plane. The aircraft was quite new, and the cabin was light and airy, with smart black leather seating. The knee room was adequate, but the padding on these seats is very thin, which was uncomfortable on a four-hour flight. There was also no hook for a jacket and only two narrow moulded plastic pouches on the seatback in front, so no room for a personal water-bottle. Worse, there was no Inflight entertainment and no charging socket for phone or laptop, making it more difficult to use our own devices.

THE SERVICE: The cabin crew were friendly and efficient. They explained that I could use the BA wifi on my phone even in Flight Mode to access the inflight service website. This consisted of a menu for drinks and snacks, the High Life magazine, the flight statistics on a map, and various other options such as carbon offsetting, upgrades for future flights, and charity gifting. Wifi connectivity through the European Aviation Network was available for an hour for £4.99, or £7.99 for the whole flight. A messaging option was available for £2.99.

THE CATERING: The complimentary service was minimal: we were only given a packet of Tyrrells Salt and vinegar crisps and a 250ml bottle of Harrogate still water. Food available on the website included the José Pizarro Tapas Box, Wolfy’s Veg Couscous, and Pullins’ Blueberry Muffin. There was Tanqueray gin, Grey Goose and Smirnoff vodka, Heineken and Brewdog beer, Pip cloudy apple juice, CRLI Kafé coffee and a selection of Twinings’ teas.

THE VERDICT: This flight was all about efficiency. Everything went like clockwork, and you could not fault the ground staff or cabin crew for their friendly and competent manner. It just seems that the customer is no longer at the centre of the experience. The catering has been organised for the convenience of the airline, and inflight entertainment has been phased out and replaced by a skeleton website with various opportunities for BA to generate revenue. In these cost-cutting times, is it too much to expect at least a charging socket and a comfortable seat?