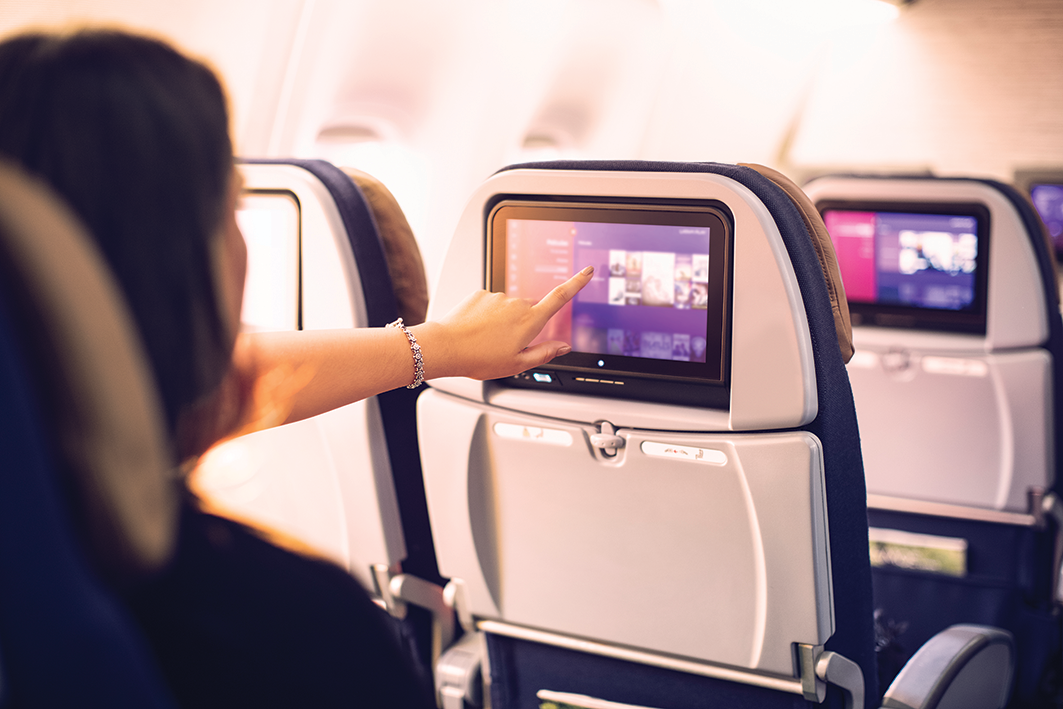 By Sasha Wood
4th December 2019
Facebook
Twitter
Pinterest
WhatsApp
From distinctive design to fine wine, LATAM’s new cabin concept is all about bringing the destination onboard says Sasha Wood.Latin America’s largest airline is the unofficial flag carrier for an entire continent so it had a lot of ground to cover when it decided to bring its destination onboard.From soothing blue and tan tones reflecting the Brazilian coastline to tightlywoven textiles referencing the fabrics of Peru’s Cusco Valley, the cabin interiors are now a subtle tribute to the airline’s diverse Latin roots, and are part of a £500 million investment.

The Business and Economy cabins of more than half of the airline’s international fleet have now been completely remodelled and LATAM’s corporate communications manager David Harry says: “Latin American designs, wines and food all combine now to bring the
destination onboard.”

Inside LATAM’s new Premium Business cabin, passengers find a carefully thought-out configuration that’s been tailored for the brand by Thompson. Unique seats in a generous 1-2-1 layout all have direct-aisle access, which is something LATAM’s customers said they wanted.

“We have two different kinds of seats in the cabin,” says cabin product senior manager Jaime Cornejo Swett. “It’s kind of an in-joke that we call them the divorce and honeymoon seats. For privacy the divorce seats are positioned quite far apart. The honeymoon seats are paired together with a divider in case you want to separate in the middle of the trip!” 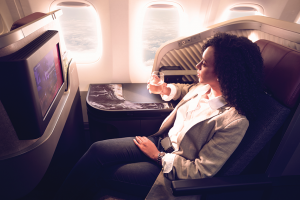 The seats recline 180 degrees into a fully-flat bed and feature the latest generation inflight entertainment with an 18” Panasonic personal screen. Premium pillows, comforters and duvets along with temperature-regulating and pressurepoint technology are designed to maximise comfort. Each passenger is given a sleek amenity kit that includes L’Occitane beauty products.

For the interiors, the airline worked with Londonbased design agency PriestmanGoode, whose reputation for innovative onboard products is currently being showcased as a vision for sustainable air travel at the Design Museum.

“Attention is in every detail,” says Cornejo Swett. “The choice of marble-effect granite for the cocktail table, for instance, visually references the beautiful veining seen in aerial photographs of the Andes mountains.” 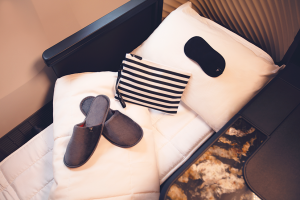 The airline has also revamped its Economy cabin, adding more space, USB charging points, dedicated overhead bins and the option for premium services that include seats with extra legroom and special headrests.

Aside from the look and feel of the cabin, client experience was the main focus. “We want to offer comfort, flexibility, practicality and a personalised service so travellers can choose how to travel,” says LATAM’s vp of customer experience Paulo Miranda.

This is exemplified by the choice of seats and the new tailored cabin service. The airline even chose to source its cutlery from Sola because “it doesn’t cause so much noise on the aircraft” according to Miranda.

“The design of the new catering service is also meant to minimise passenger disturbances,” says Miranda. “We ask if they want to be woken for a full breakfast, for example, or if they would prefer to sleep until shortly before landing. Also if you want to have dinner in a short period of time because you need to work, we can accommodate that.”

Then there’s the food. LATAM’s inflight meals now feature a delicious mix of flavours from South America’s most celebrated culinary destinations, and menus change according to the flight’s home hub – be it Santiago, Lima or Sao Paulo. 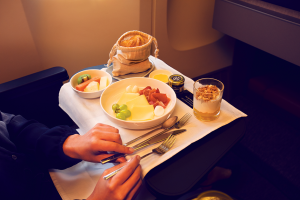 Designed by Chilean and Brazilian chefs Pamela Fidalgo and Aninha from popular South American TV show Top Chef, the F&B offers gives the concept creative cohesion. Courses are accompanied by some of the region’s best wines, including those chosen by master sommelier Hector Vergara. All-in-all, from the seat design to the meal service, passengers in LATAM’s new cabins should be feeling the Latin vibe long before they’ve touched down in their destination.