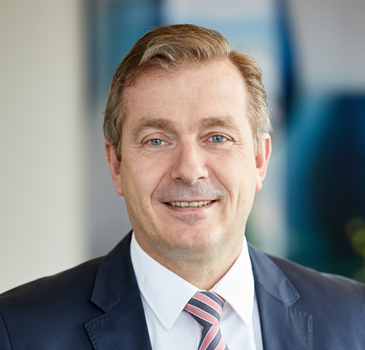 Jochen Müller, chief operating officer (coo) of the LSG Group, announced during today’s LSG Supervisory Board meeting that he will resign from his position on the Executive Board, effective June 30, 2020. He will go into early retirement. The decision was made in mutual agreement with his two colleagues, chief executive officer (ceo) Erdmann Rauer and chief financial officer (cfo) Dr Kristin Neumann, and parent company Lufthansa.

“It was a difficult decision for me because the LSG family has grown very close to my heart,” said Jochen Müller explaining his decision. “The dramatic effects of the corona crisis will significantly change our company in the coming years. This will require management with long-term prospects. Therefore, it is in the best interest of the company that I resign from my office at this time and go into early retirement. I am confident that Erdmann Rauer and Kristin Neumann will prepare the LSG Group for the future in the best possible way.”

Müller joined LSG Holding in June 2003 as coo for the then Europe/Middle East/Africa region, and has been a member of the Executive Board of LSG Holding AG since March 2005. In his function as chief operating officer, he had responsibility for more than 200 operations in five regions worldwide. Under his leadership, the performance of our catering operations has significantly improved, setting LSG Sky Chefs apart from the competition and making it the quality leader in the industry. Jochen Müller is also responsible for the global IT, OVC, Infrastructure and Security processes.

In the wake of Müller’s departure, the LSG Executive Board has decided to adapt and streamline the organisational structure of the LSG Group to the current market changes. As a result, the LSG executive board will be reduced from three to two members as of July, with ceo Erdmann Rauer and cfo Dr Kristin Neumann taking on more responsibilities. “Given the current market situation, we have to rethink our entire organizational setup and adapt to it,” explained Erdmann Rauer.

Alaska builds out its sustainability programme