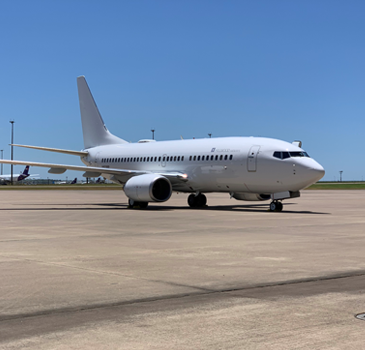 Inmarsat has unveiled details of a next-generation terminal for its GX Aviation inflight broadband solution, which has been developed in collaboration with GDC Technics.

The lightweight, low-drag terminal is now available to airlines across the world and has been designed to ensure that the connectivity needs of data-hungry passengers are met for generations to come, allowing them to stream high definition videos, enjoy online video games, download documents and more using their personal devices.

Following a range of technology assessments and test flights over the past 12 months, the new terminal has demonstrated its ability to consistently deliver the highest levels of connectivity onboard aircraft, even over the world’s busiest airspaces. In addition, upcoming enhancements to Inmarsat’s Global Xpress (GX) satellite network will further bolster the terminal’s performance in the near future.

The next-generation terminal includes a robust flat panel antenna developed by Thinkom, which has millions of flight hours behind it. In addition, it has been integrated with smart dual aero modem technology that supports Inmarsat’s new GX+ North America service, announced with Hughes Network Systems last week.

Philip Balaam, president of Inmarsat Aviation, said: “GX Aviation is well established as the gold standard in inflight broadband and we have a fully-funded technology roadmap to ensure it remains the unrivalled choice for aviation connectivity. This includes the addition of seven more satellites into our global GX network over the next four years, as well as cutting-edge hardware innovation such as this new terminal.”

The new GDC Technics terminal has been certified and is now flying on Boeing 737-700 aircraft. Additional retrofit and linefit certifications are currently in progress and expected to be available by the end of this year, including retrofit options for the Airbus A320/330 family, and the Boeing B787 and B777 aircraft.