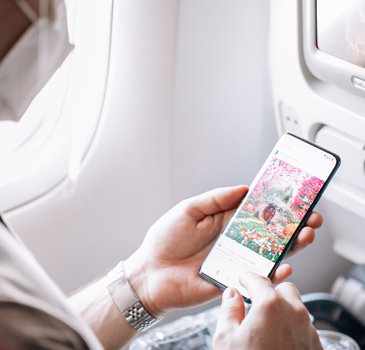 The advanced connectivity service, which is being rolled out across Qatar Airways’ fleet of Boeing 777 and Airbus A350 aircraft, has become a popular addition to the airline’s premium onboard experience, allowing passengers to browse the internet, stream videos, check social media, and shop online during flights.

Qatar Airways passengers receive one hour of free access to GX Aviation on equipped flights, with the ability to purchase full-flight access if more online time is needed. The service, marketed as ‘Super Wi-Fi’ by Qatar Airways, has been used by millions of the airline’s passengers since 2018, when it became GX Aviation’s launch customer in the Middle East and North Africa (MENA) region.

Philip Balaam, president of Inmarsat Aviation, said: “Qatar Airways is world renowned for offering a superior onboard experience, which is enjoyed by millions of loyal passengers across the world. We are pleased that our GX Aviation inflight broadband has become such an important component of that experience on the airline’s extensive fleet of Boeing 777 and Airbus A350 aircraft. Feedback from passengers has been hugely positive and now, with the service being available on 100 aircraft, even more can enjoy the best connectivity in the skies.”

Qatar Airways will also benefit from major upcoming enhancements to Inmarsat’s GX network, with additional capacity being introduced by seven new GX payloads scheduled to launch in the coming four years. This includes the entry into service of GX5 later this year over the Europe and Middle East region.

The GX7, 8 & 9 satellites, which feature thousands of dynamically-formed beams that direct capacity over high-demand areas, will follow soon afterwards with the innovative new GX10A & 10B Arctic payloads, which will be the only broadband satellite service dedicated to this region and a perfect match for Qatar Airways aircraft flying in higher elevations and across the Arctic.