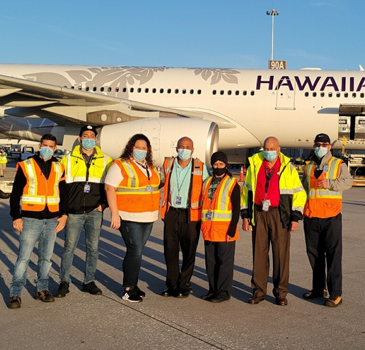 Flying Food Group is now catering two Hawaiian Airlines (HA) flights weekly between Orlando and Honolulu.
Service began March 13 and the number of flights is scheduled to increase in the near future.