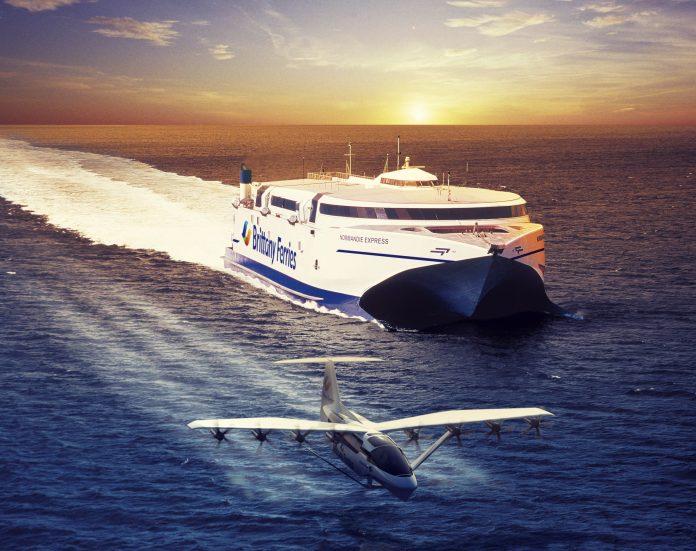 Brittany Ferries is exploring the potential for a new high-speed, sustainable and more efficient form of ferry travel called a seaglider.

The ferry operator has signed a letter of intent which could see seagliders with a 50-150 passenger capacity sailing between the UK and France by 2028. REGENT expects the first commercial passengers to travel on smaller electric craft by 2025.

Seagliders combine the convenience of passenger ferries with the comfort of hydrofoils, the aerodynamic efficiency of hovercraft and the speed of aircraft. With the potential to connect existing ferry ports, the craft are expected to fly at speeds of up to 180 mph – six times faster than conventional ferries – with a battery-powered range of 180 miles.

Energy transition is a priority for Brittany Ferries and is seen as key to its recovery post-Covid. Based in Roscoff France, the company has already invested in two new LNG (liquefied natural gas) ships for delivery in 2022 and 2023 called Salamanca and Santoña.

REGENT is working on several different sizes of passenger-carrying seagliders, all of which operate on the same principle. Operating a few meters above the water’s surface, they combine the high speed of an aeroplane with the low operating cost of a ship. It has the potential to serve routes of up to 180 miles with existing battery technology, and routes up to 500 miles with next-generation batteries.

Versilia Solutions appointed by Avianca to launch Buy on Board programme