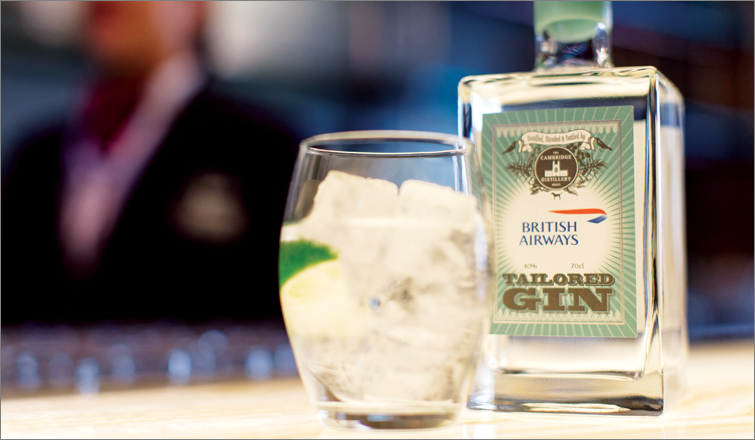 A Brit of alright

As retail partner to British Airways, Tourvest has been helping the carrier link up with great British brands to mark its centenary year. Neal Baldwin reports

When (now Oscar winner) Olivia Colman appeared on TV screens in February as the face of the latest British Airways’ marketing campaign, it’s a fair bet that viewers weren’t thinking about the tea she was seen drinking.

Well, viewers other than Sarah Strangeway, that is. As global buying manager at Tourvest, Sarah had spent a fair few months pondering the flag carrier’s onboard offering – including hot drinks – in support of the centenary celebrations. With a grand ‘Made by Britain’ strapline, the airline was aiming to reignite its emotional link with UK travellers and featuring strong British brands is key to that.

“Tourvest is responsible for the buy-on-board programme and the ‘Britishness’ of products has always been an underlying part of the supply process,” she explains.

Tourvest sourced products that typified the ‘best’ of Britain. All had to hit the company’s core values: that they ‘surprise and delight, are innovative, have provenance, and are sustainable.

Jude Winstanley, British Airways’ head of ground products, said: “Together we searched the length of the country to find some of the best of British brands to partner with for our centenary, and we are delighted with the limited-edition products that will now be available.”

anifest covers all the bases and all budgets. And apart from the Marmite, everything on the list has been specially created or adapted to fit the patriotic theme and appeal specifically to British customers.

One example is the limited-edition version of Mulberry’s classic ‘Bayswater’ tote bag and scarf, now available in British Airways’ red and blue for the first time. And a heart-shaped locket by Wales-based jewellers, Clogau.

For kids, the Magic Marvin Snack Box was evolved with fun magic tricks combined with food, and a new handcrafted teddy bear has been developed by heritage bear-makers Merrythought. “The aim across the range is, of course, to make sure everyone has a great flight experience,” concludes Stangeway.