AK-Service brings AR to a market 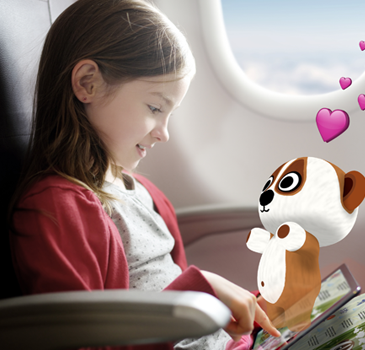 AK-Digital’s goal is to create a new approach to the way the industry entertains its customers and a new, augmented dimension to ordinary things.

Using AR the team’s designers are adding digital elements to products using the smartphone to create an illusion that content on the screen is a part of a real world, adding 3D objects, animations, graphics, videos and sounds to inflight entertainment.

The technology can be used in children activity books or colouring pages, or for onboard menus and inflight shopping magazines making these interactive and animated. Ordinary things become more visual and engaging.

AK-Digital has already created a number of AR applications and participated in the number of AR projects including children travel kits with AR 3D-puzzles and a premium series of collectable porcelain airplanes with AR effects. Others, including onboard retail applications, are under development.